You are here: Home / Managing Director

Amal Galal Sabry is a Mother to three and the Founder and Managing Director of Emirates Autism Center. The center was founded in 2007 as a testament to years of fruitful labor with her third child, her autistic son, Amro.

Her extraordinary journey with autism started 20 years ago when she became a mother for the third time in 1990. Amro started out in life as a typically developing child with a larger-than-life personality.

Two and a half years later, his family witnessed a sudden and severe deterioration in his speech, and within just a couple of weeks, his entire vocabulary was reduced to one word.

At the same time, he became socially withdrawn and seemed to live in a world of his own. Amro was diagnosed with Autism Spectrum Disorder in 1992.

Amal was told autism would not allow her son to receive an education like her other children would, and that his condition essentially meant mourning all the hopes and dreams she had for her little boy, a piece of news that was so devastating, she lost consciousness once she heard the diagnosis. 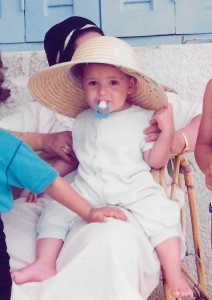 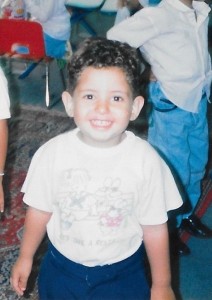 But Amal did not believe in the pre-determined notions of her son’s potential. She set out to travel to the United States with her husband, Dr. Mohamed Sharaan, to visit Boston League School, an institution dedicated to the education of individuals with autism, to pursue an early intervention for Amro and devise a life plan to guide her son to live up to his real potential.

She worked endlessly at making Amro the best he could possibly be.

Once she returned from the States, she converted his bedroom into an autism center, equipping it in such a way that she could apply the programs she learned during her visit to Boston League School.

Since then, Amel Sabry has set unprecedented levels of success in the region. The highlight of her success was in 2001; Amro Sharaan, was the first autistic child in the United Arab Emirates to be integrated in a school.

He is now a high school graduate, making Amro the first individual with autism to receive a high school diploma in the UAE. Academic achievements are only part of Amro’s success story, he is also a swimming champion who placed first, several times, in GCC-level championships.

Amro’s success story has opened doors for thousands of children with autism.

Today, Emirates Autism Center holds the highest number of autistic children integrated within schools in the UAE, and along with a dedicated team of professionals, Amal continues working towards maximizing each child’s independence and helping them fulfill their true potential. 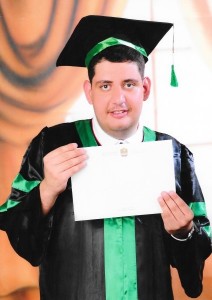 EAC On The News